On Saturday we set out first thing in the morning to visit the area pumpkin patch.  People from all over the northern half of Alabama and the southern parts of Tennessee come to this working farm in the fall and we wanted to start a tradition of taking Charlotte.  We arrived not long after it opened and were surprised to see the farm already packed with people!  I think we picked the perfect day to go through because even though it was windy it was cool and not hot.  That made it feel much more like fall than if we had visited a few weeks ago!

Our first stop was the big pig hay bale outside of the hay maze.  We didn’t venture into the maze but Charlotte loved the pink pig! 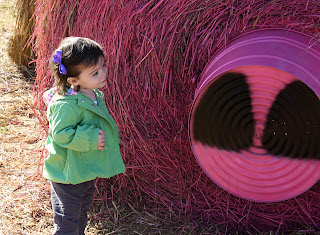 After seeing the hay bale pig we went over the petting area and Charlotte got to see some animals up close! 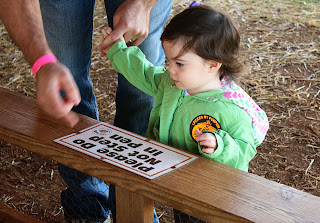 Here she was with the bunny’s.  She loved it when they hopped around!
Then we ran into our friends Candy, Chris, and Anna at the lamb area! 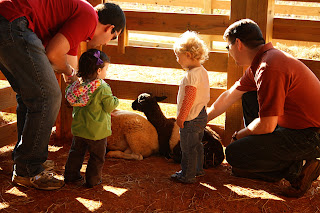 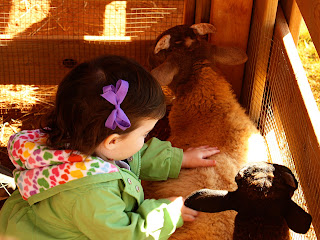 Charlotte wasn’t afraid to get in there and pet the lamb.  She loved her! 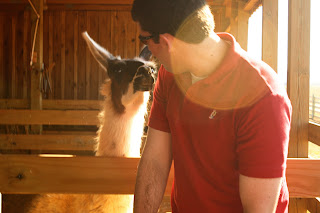 And we got a big kick out of the llama trying to get Jason! 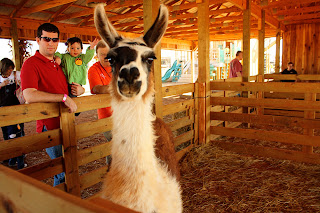 Of course then he tried to get me while I was trying to take pictures of C and the llama! I love C trying to get the llama in the background of this picture! 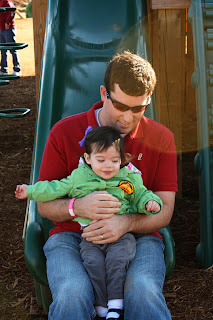 Charlotte enjoyed going down the slide with Daddy before getting to play in the corn crib! 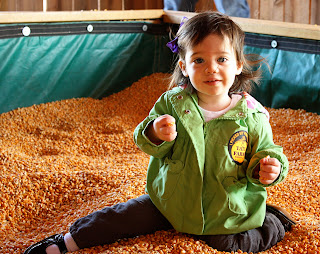 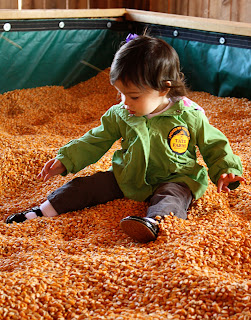 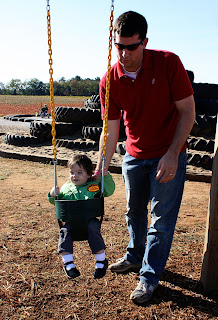 Then there was a little swinging time before finding the giant pumpkins! 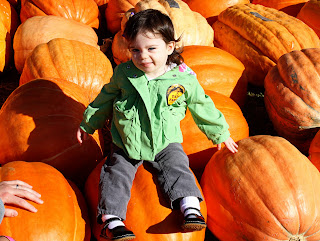 She loved sitting on the big pumpkins but then decided she wanted to pick one up! 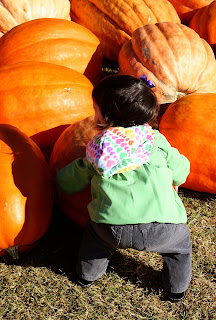 Once she realized that the pumpkin wasn’t going anywhere she was content to walk over and get her picture taken with Daddy as flowers! 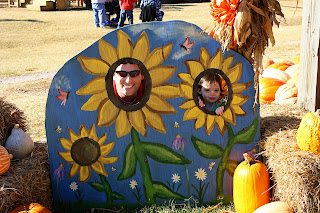 Then Charlotte and I took a spin in a corn husk! Let me tell you, the man on the tractor pulling this ride wasn’t afraid to go fast! I was a little nervous about the speed we were taking some of those turns! I was glad that we weren’t in the last cart on the ride or I would have been afraid that we would have flown away! 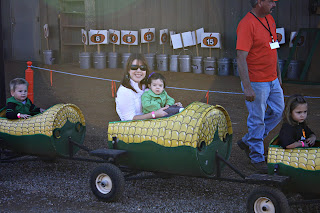 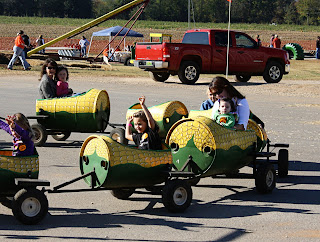 After the corn ride we went and got on the hay ride to the pumpkin patch to pick out our pumpkins.  Charlotte loved sitting on the hay like a big girl and kept grabbing big handfuls of it and then throwing it in the air! 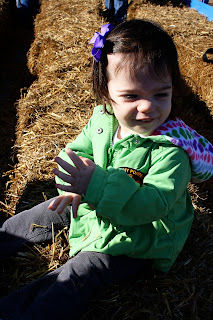 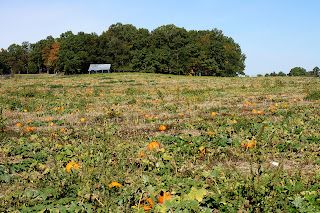 We went on a search for the perfect carving pumpkin and finally found one.  Charlotte insisted on walking around which caused a few problems since the ground was covered with old vines.  Despite a few stumbles we eventually made it to our perfect pumpkin and Charlotte looked on intently as Jason twisted it off its vine. 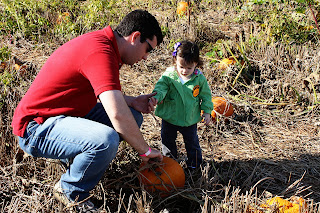 Then we had to find a pumpkin that C could carry.  The search for a smaller one took a little longer but we finally found one and Charlotte loves it! 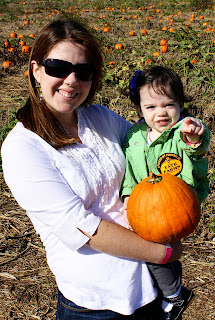 Sweet little girl was exhausted though at this point and almost fell asleep on the ride back to the farm! 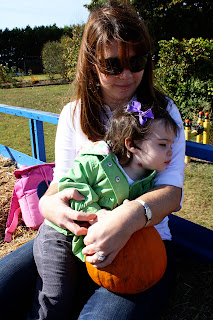 We packed it up after the hay ride and headed home.  I thoroughly enjoyed our time at the farm and can’t wait to go back for many years to come!