This isn’t so much a true Recipe Wednesday (sorry, cooking is a lot of times out of my ability right now!) but is more a list of some foods that I’m loving right now!  Just wanted to share in case you need any shortcut ideas! 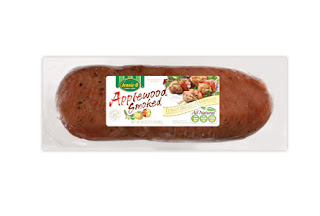 We recently cooked this turkey tenderloin in the oven and it was SO GOOD! They’re so easy to cook because they’re already marinated and we just put it on a broiler pan (so any fat and grease could drip through) and baked it.  Pork one’s are great also, but I liked this turkey one also.  It was nice to have this in the freezer and be able to just pull it out the day before to thaw and then stick it in the oven and have a good meal with little prep! 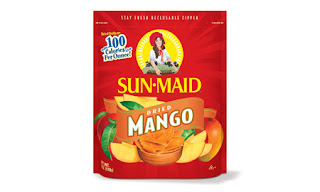 I bought these for Charlotte because she pretty much loves all dried fruit (including figs which kind of grosses me out), but honestly Jason and I are eating more of these than Charlotte! They’re sweet and a good pick me up snack which doesn’t make me feel bad for eating more chocolate! 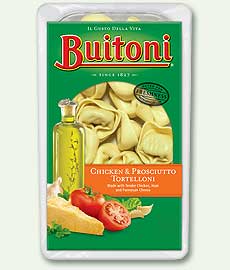 Another quick dinner favorite around our house.  The Buitoni tortellini pastas are basically getting us through dinner time these days!  We get a family size pasta with two marinara sauces and eat the pasta usually by itself.  We typically have enough left over for me to eat it for lunch the next day too! 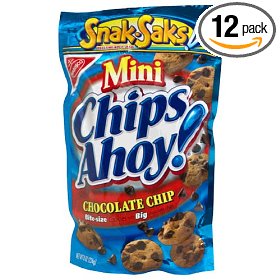 I’ve found that these mini cookies are my current obsessions.  I don’t even like regular Chips Ahoy’s but the mini one’s are pure heaven! 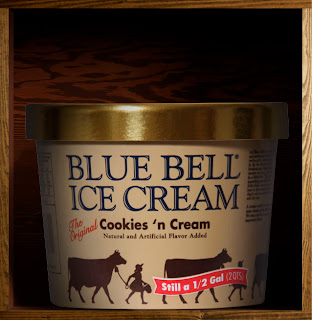 I’ve found this summer that Blue Bell Cookies and Cream milkshakes are wonderful!  Scoop some ice cream in a mug and add some milk and stir it up and you’ve got a great milkshake! 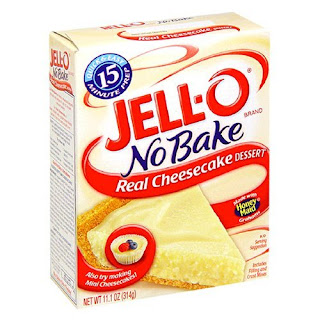 For some reason, I’ve recently been craving cheesecake so I bought one of these the other day and made it.  It was so good and really hit the spot!  Very little effort and by buying the plain one Jason could add whatever toppings he wanted (i.e. caramel and chocolate) and I could add strawberry and cherry topping!  There’s definitely another one of these soon on our horizon! 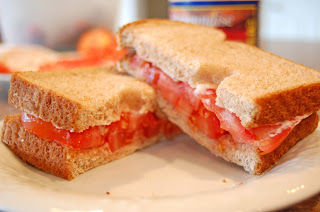 Tomato Sandwiches.  Yum!  (At least until I decided to cut out tomatoes to try and reduce my heartburn.)  I make them on white bread with mayo and seasoned salt…so good!

These are something that we bought for Charlotte that she exclusively eats.  I know they’re not making a huge dent in her lack of veggie eating, but they make me feel a little better about the fact that the only veggie she eats really are potatoes!  And she likes them so no harm, no foul!
I strongly hope to have a new recipe next week!  But…we’ll see how that goes! 🙂

Reconciling Myself with Mercy

Previous Story
What we’re up to these days….
Next Story
Reading Thursday – Toddler Must Reads