When it was finally “pumpkin patch day” we headed out as soon as Charlotte finished her bowl of grits.  She couldn’t contain her excitement, especially when we told her that there would be animals there too!  We had a great time at the pumpkin patch.  I think I’ll let the pictures do the talking about our morning. 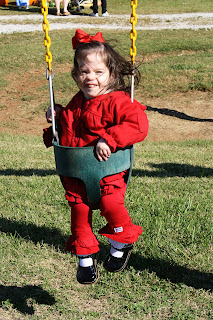 Charlotte liked getting in the swing but then didn’t want to be pushed. 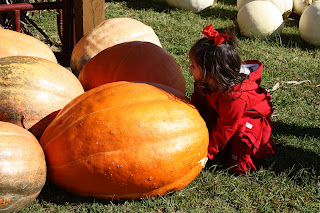 She also liked trying to pick up any and all pumpkins, including this big one! 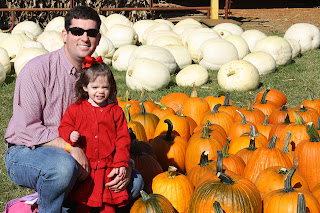 And then she got to visit the bunnies! 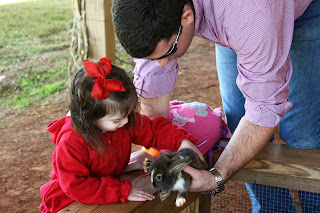 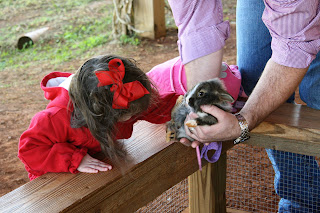 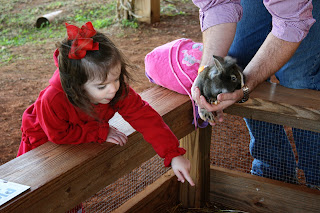 Pointing to the next one she wanted Daddy to pick up 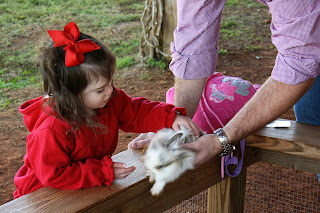 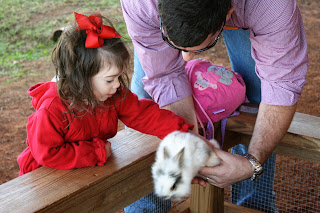 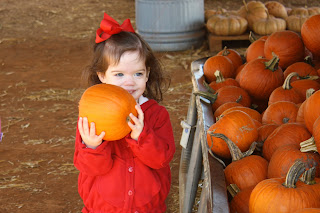 Time for slides! She wouldn’t start going down without holding Jason’s hand but had fun going down by herself once he let go of her hand! 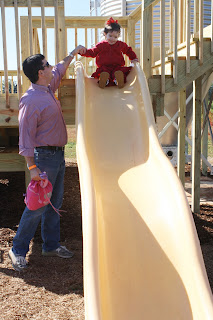 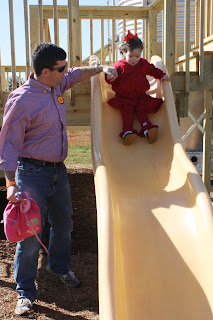 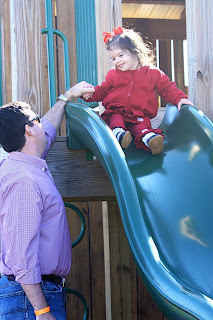 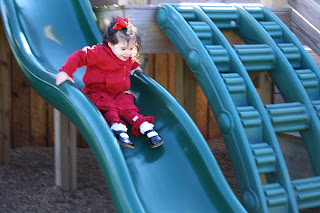 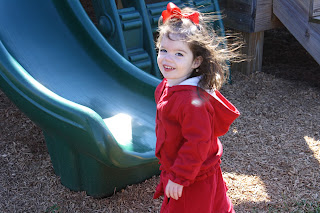 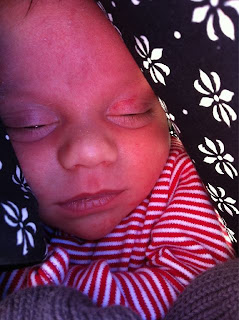 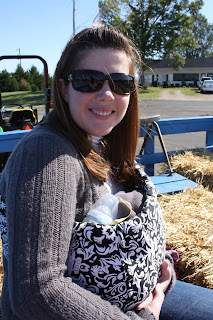 James and I were there!  He was all snuggled in the sling with a blanket.  He was nice and toasty even though the wind and 60 degree temps were biting for the rest of us!
Time for the hay ride out to the pumpkin patch!  Charlotte hated the hay at first until her Daddy started picking it up and throwing it in the air.  Then she realized that it can be fun and proceeded to toss it until others joined us in the tractor! 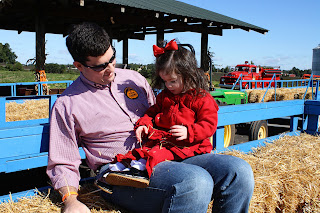 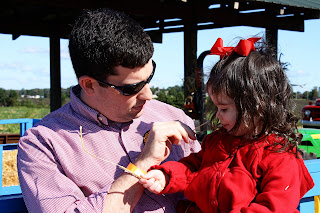 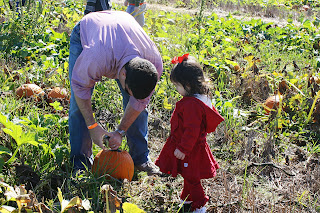 Picking out her first pumpkin 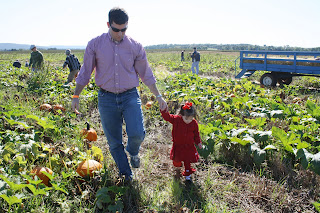 Taking Daddy to find another pumpkin 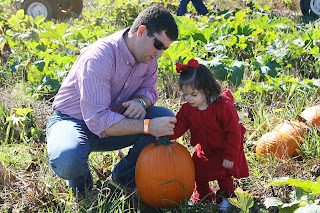 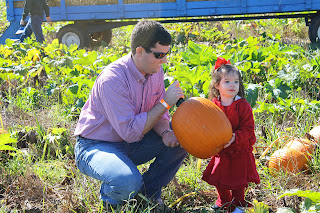 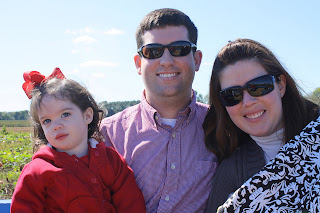 On the way back to the farm

If you want to be amazed at how much Charlotte’s grown in one year and how similar her actions at the pumpkin patch are, check out our visit from last year!