A trip to the North Pole

We had been planning a trip to see Santa for weeks but the day that we had picked just happened to be the day that it snowed in the morning.  Santa’s Village didn’t have snow on the ground so there wouldn’t be a problem getting there but we knew it would be cold and so contemplated postponing it.  But we had already talked it up to Charlotte and I just wanted to go so we ended up heading out anyway.  I did give Charlotte an early Christmas present though to keep her warm….a scarf! 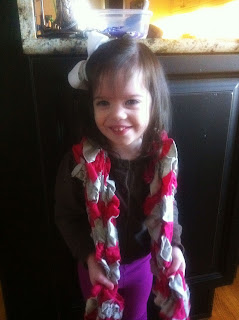 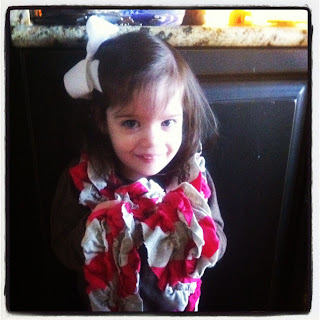 By the time I got both kids bundled up and in the car and on our way I realized it was sprinkling.  At that point I had already done all of the hard work so I was determined that we were going to go no matter what.  Thankfully by the time we got out of the car and headed in the rain had stopped.
The cold weather and snow/rain actually turned out in our favor because we were the only one’s there.  For anyone who has ever been to this North Alabama attraction you know that the place is usually packed.  We have waited for over an hour, in the cold, to see Santa before but on this night there was no one else there beside the workers.  That was perfect for us!  It allowed Charlotte to set her own pace and see what she wanted to see. 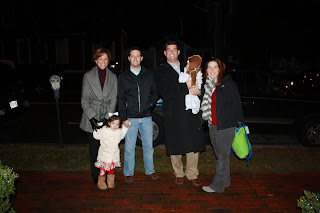 Our first stop was the reindeer! 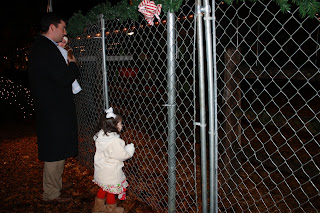 Then we headed over to take pictures in the snowmen.  Sissy wouldn’t cooperate so Daddy and James got one! 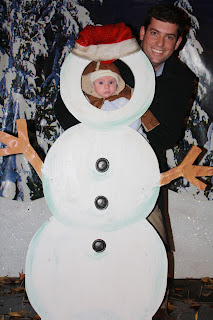 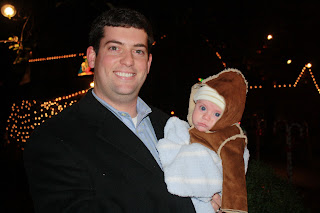 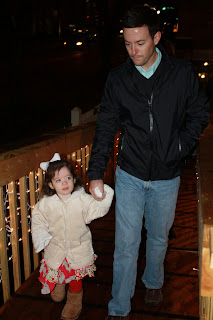 I thought James would be our ticket to get Charlotte on Santa’s lap.  Lately if we say that James is going to do it or we’re going to pay attention to James, etc she will do whatever it is we want her to do.  It’s been our magic trick so to say.  So we immediately handed James off and let him get some pictures with Santa. 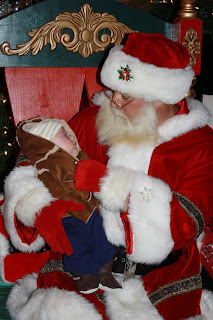 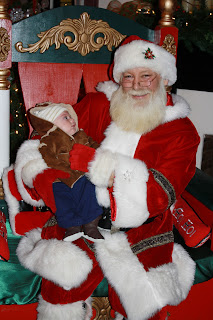 All this time, Charlotte was standing outside of the door of the room that Santa was in with Memma saying that she didn’t want to go in.  Her seeing James on his lap did nothing and I began to despair of getting a picture with them in the same frame.  Thankfully, we were the only ones there so there was no rush and we let her take her time.
After a few minutes Memma had the bright idea to ask Charlotte to show Santa her scarf.  I can’t even describe her love for this scarf so as soon as that was suggested she started ripping her coat off to try and get at the scarf to show Santa.  Good job Memma! 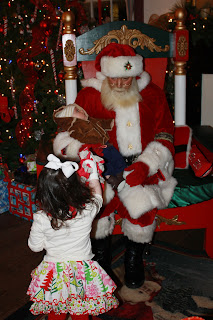 With additional persuasion of a candy cane she stood next to the big guy and we got a picture of them together.  The photographer got some really cute pictures that we got and once the digital copies come in I’ll share those also. 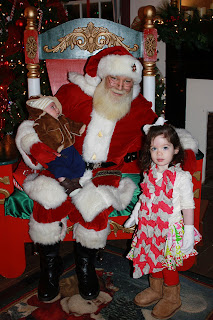 Once we got the main picture we took James and told Charlotte to tell Santa what she wanted for Christmas.  Sure enough, she came out with a purple puppy and a black cat!  I bet Santa’s just thankful that the puppy in question is purple so that he doesn’t have to try and finagle real puppy’s and kitty’s to Charlotte!  Mommy’s happy with that also! 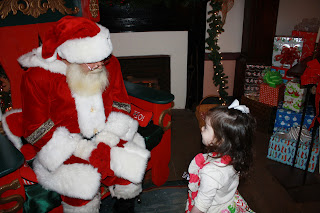 Then we tried to get her to touch Santa in some way and Papa suggested a fist bump.  Santa stuck is hand out to try but it was a no go with Charlotte. 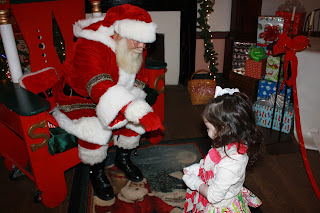 But waving bye-bye went well and that concluded our trip to see Santa! 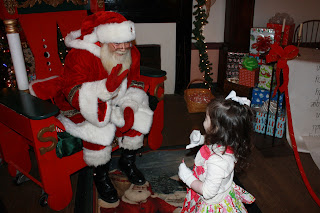 We wanted to see the rest of the place but it was getting perilously close to dinner time and I knew we needed to work fast.  We went and saw the blacksmith’s shop and the boys got wrangled in to sitting for a mini history lesson.  Memma, Charlotte, and I headed to the crafts area. 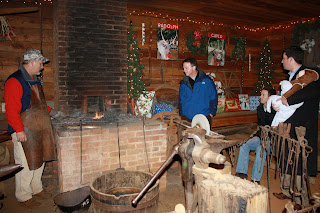 Charlotte loved all of the wooden toys and she and Char Char had fun playing with some of them! 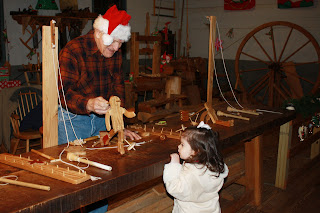 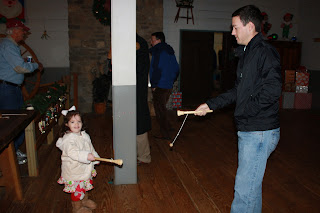 We really wanted a family picture but we waited too late to try and get it.  The fact that we were taking a picture with James didn’t even deter Charlotte.  So we got a picture of the three of us which is fine. 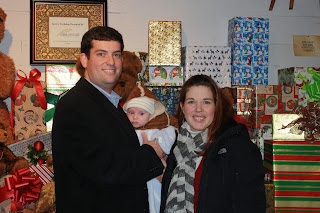 We headed to dinner and enjoyed a nice time even though it was a little touch and go before Charlotte got some food in her and James went to sleep.  Charlotte has asked many times when we’re going back to Santa’s Village.  I haven’t had the heart to tell her not until next year!

Christmas Cards Should Reflect Your Family