The City of Lights

Our last day in Paris was another early morning.  We hadn’t gone online early enough to get tickets for the Eiffel Tower so we had to wait in line to go up.  Every time we walked by the line was huge and so we decided that when it opened at 9:30 in the morning would be the best chance of us getting up without wasting our entire day.  So we walked up 8:30 and were still probably at least 100th in line.  And this was the line for tickets. 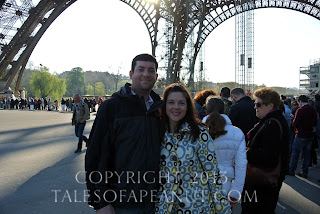 So we waited and waited in the cold.  And waited some more.  9:30 came and went and while there was security in the security stand, no one was going through it.  Finally around 10:15 the ticket windows opened and then they started letting people go through security. 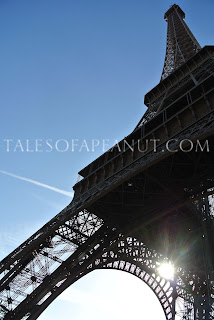 Honestly, this whole experience was the worst of our trip.  If you go and want to go up the Eiffel Tower you MUST go online and purchase tickets ahead of time.  Not that the people with tickets didn’t have to wait, they had to wait for them to open security up like we did, they just didn’t have to wait in the line to buy tickets and then go through the masses to get through security.  You would think that since they operate the lift to the top 363 days a year or something and have been doing it for years they would have a better system for it!  Hopefully it was just a fluke that we happened to be on the day that it was a nightmare to get up, but still, buy tickets in advance! 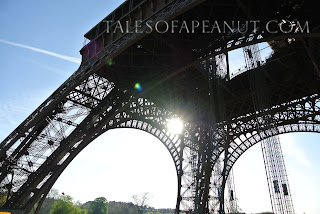 I was definitely over the waiting in line to go up by the time we got to security but we persevered.  There was another obstacle in the ascension of the tower.  I didn’t realize that I’m scared of heights but going up with not much between you and air and a lot of space to the ground didn’t make for a very comforting ride!  But once we got up it was still not very busy since it was first thing in the morning.  We went straight up to the very top and started admiring the views. 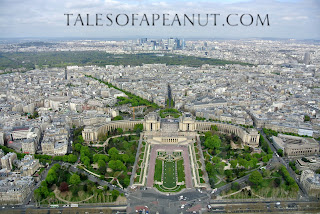 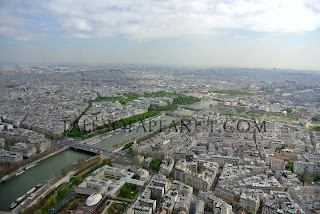 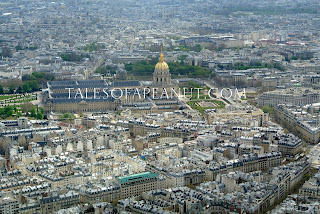 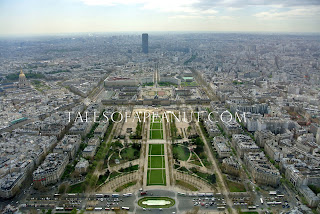 It really was gorgeous and I’m glad we went up, but I can’t stress enough, GET TICKETS AHEAD OF TIME and still plan to wait!

That afternoon we headed to Rue Montorgueil to experience this popular walking street.  The shopping this afternoon was possibly one of my favorite things about the trip, because it was fun just to explore the street and the shops and take our time enjoying the city.  Getting to have a famous Stohrer Eclair didn’t hurt either!  It was as good as I’d heard it would be! 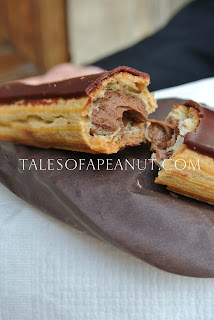 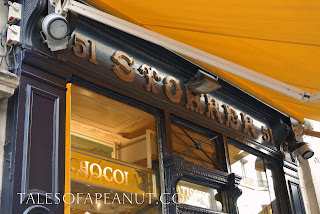 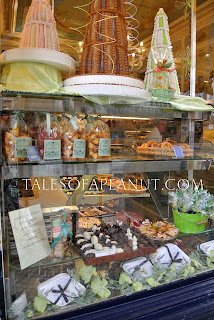 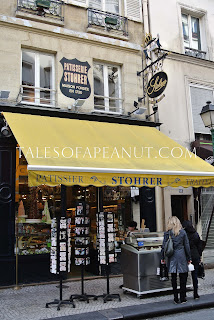 We made sure to leave ourselves plenty of time to get to dinner.  We were hoping to get into the Frenchie Wine Bar but knew that it was first come, first serve and the doors opened at 7.  We walked by a little before 6:30 and no one was there yet but when we walked back at 6:45 we were the 6th couple in line!  We had no idea how big the bar was but knew that it was small so we hoped that we could get in with the first round.  We shouldn’t have worried, there was probably room for 30-35 people at a time. 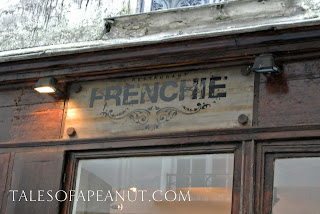 This is the sign of the Frenchie Restaurant across the street from the wine bar.  It is a small prix fixe menu and in addition to the fact that it’s near impossible to get reservations, everything sounded “too exotic” for us.  We were already craving the BBQ at the bar.  But, if you’re in town and don’t have reservations for the restaurant and want them, it won’t hurt to go and try and get in to the bar.  There were at least two couples that got to eat at the restaurant due to cancellations that were standing in line for us and volunteered quickly with the staff came out to offer the spots! 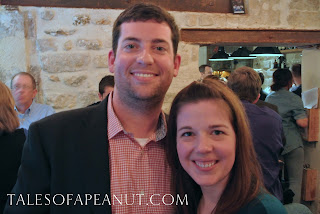 Frenchie has such a neat atmosphere.  You eat at shared tables with other couples and it’s made up of small plates meant to be shared.  So, if you hadn’t had a Stohrer Eclair an hour before, you could share a handful of plates to make a full meal. 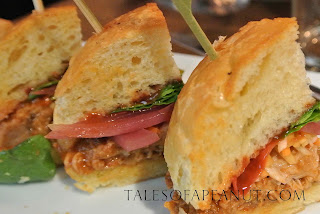 After reading about the pulled pork sandwich on The Paris Kitchen, I was dying to try it. And now comes the time when I make the most inflammatory statement ever to grace my blog.  This was the best pulled pork sandwich that I have ever eaten.  I’m sorry to those of you in the South (like me!) who live on BBQ and think that yours is the best.  No, to get the absolute best, you must go to Paris.  It was tender and juicy and packed with flavor.  Just typing about it makes me want to go back just for the pulled pork! 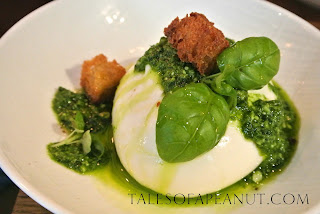 Jason got a pasta and said it was good.  I could hardly tear myself away from my sandwiches to try it, but it did taste pretty good, but was a little too “gamey” for my taste (I think it was rabbit).  We also had this cheese that, honestly, I have no idea what it was, but it was really good too.  We wondered if it would beat the mozzarella at Torrisi in NYC and it didn’t, but it was good! 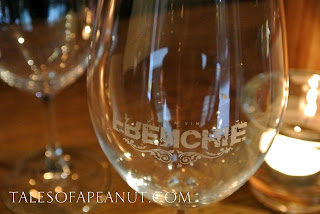 It was a neat experience dining with other diners.  We ended up being placed at a table with another couple from America who had actually lived in Alabama at one point!  What a small world!  They were very nice and great to advise us on some places to try after we left Frenchie.  We didn’t make it to them but Verjus is on our list the next time we get to Paris!

After we left Frenchie we headed back to get a final Nutella Crepe and watch the Eiffel Tower sparkle some more.  It was nice to sit on the steps with our gooey, warm crepes and just enjoy time together.  I love the pictures that we got of the tower that night. 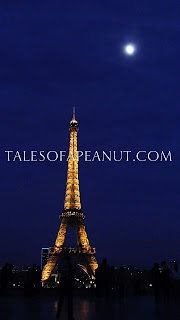 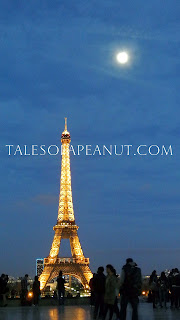 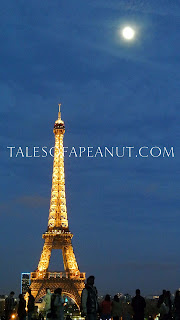 Our return home on Tuesday was uneventful but long.  It was neat to get to see the area that we were flying over, but we sure flew over the ocean for a long time! 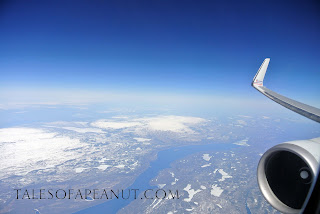 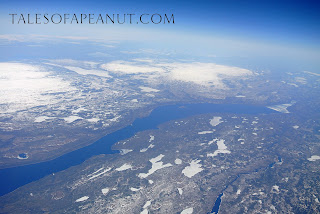 It was nice to get home to our own bed and we loved waking Charlotte and James up the next morning.    This was a trip of a lifetime and we enjoyed it so much.  It seems strange that we’ve only been back for two weeks because it seems like ages ago that we were in Paris.  But we’re already looking forward to going back and (eventually) taking the kids to see The City of Lights.  They treated us well! Au Revoir Paris!

Our Opinion of the Very Best of Paris

Previous Story
Toys for Summer Play
Next Story
What to do over the summer?