Recipe Wednesday – A week of recipes

Over the past few months I have been reading and seeing more about “whole foods” and the ingredients that are in the foods that we eat.  A lot of times I regret reading the information because once you read it, you can’t un-remember it, but I know that our family will benefit in the long run by my gradual change into a healthier eating lifestyle.

So I spent some time compiling an ambitious menu schedule for the week of June 22 and, surprisingly, was able to accomplish a lot of the meal goals that I set.  I found some wonderful recipes and wanted to share them with you in case you’re looking for more recipes that focus on “whole” foods that are beneficial and aren’t filled with chemicals.  And, just to clarify, this is just my take on trying to move away from the more processed foods.  It is by no means an indictment on those who eat processed foods because we certainly do and did use them even in these recipes! 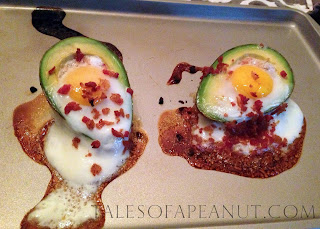 Monday Breakfast: Bacon & Egg Stuffed Avacado
Result: I found this recipe on Pinterest and obviously didn’t go and read the entire instruction post before I made them.  Also, my avocado’s weren’t ripe enough.  I’m going to retry this soon following the instructions in the post and anticipate a winner! 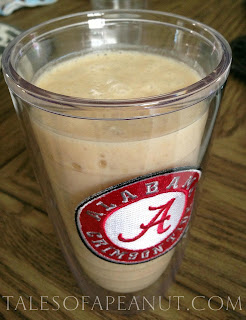 Monday snack: Chunky Monkey Shake
Result: I made this from the recipe listed in this pin and while the shake was good, it was very banana-y and I couldn’t finish the entire thing.  That being said, it was good and gave me a boost in the afternoon.  I’m going to try the linked original chunky monkey shake soon as well as merge the two.  I’ll update you on my favorite, but in the meantime, this is a good snack for you and the kids! 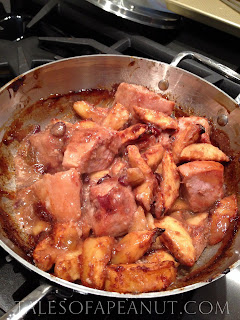 Monday dinner: Pork Tenderloin with Apples
Result: This recipe is a modification of this one that I found online.  I’ve worked on this recipe a couple times and think I’ve perfected the recipe to make a succulent pork dish that almost tastes like dessert.  It definitely tastes like Thanksgiving though! 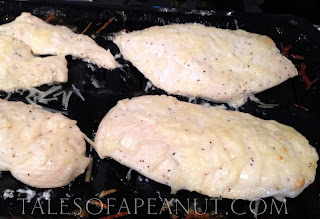 Tuesday dinner: Parmesan White Sauce Chicken
Result: This was a recipe made out of desperation for the need of dinner and to use what I had on hand.  It’s a great, easy dinner option.  The cheese gives the chicken a good amount of flavor. 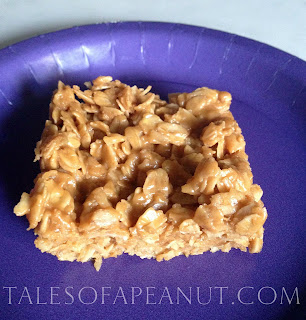 Wednesday Breakfast: Peanut Butter Bars
Result:  These are fantastic!  I love that the recipe provides nutrition information with them and even though they have a decent amount of calories in them, they are packed with protein and kept me totally full until lunch time which rarely happens.  The kids loved them and so did Jason.  They also keep really well so you can eat on them for a while. 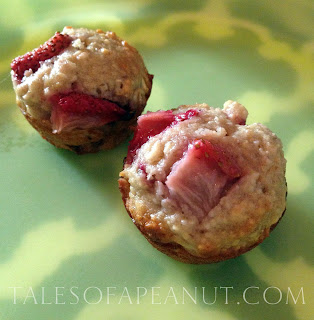 Thursday breakfast: Skinny Strawberry Muffins
Result: These are really tasty.  James and I loved them, while Charlotte didn’t like them as much.  They are very thick and dense so don’t expect a typical “muffin” texture like you’ll get from a pre-packaged mix.  I would suggest that you process the oats before you add anything else to the blender to allow them to get chopped finer.  And it’s also better to cut your strawberry pieces up fairly small, especially the ones that go in the muffins.  Also, I baked mine in a non-stick pan and they cooked in less than 15 minutes, so keep an eye on them. 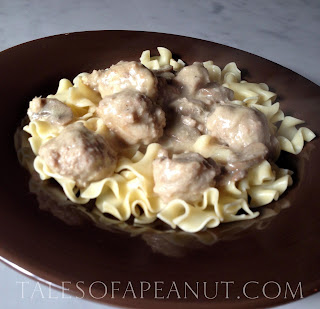 Friday dinner: Turkey Meatballs and Pasta in Cream Sauce
Result: This was another winner.  Everyone loved this recipe (even though I was the only one to eat the mushrooms).  It also was easy to stick the leftovers in the fridge and they were still tasty a day later.  I did end up modifying the recipe quite a bit though.  I omitted the scallions and parsley completely.  I substituted garlic powder instead of minced garlic and a jar of pre-sliced mushrooms instead of fresh (since I didn’t make it quick enough and my fresh ones had started to liquefy).  I also used whole milk instead of heavy cream because I failed to purchase it at the store.  My motto: make the best with what you have!  The recipe was still delicious!

Previous Story
Oodles and Oodles of Circus Poodles!
Next Story
Tales of a Peanut on Etsy – Single Dahlia’s Collection