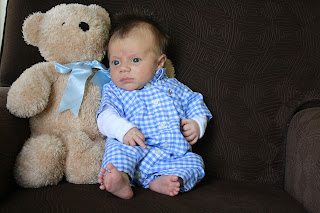 I can’t believe that you are one month old today.  It seems like an instant ago that I was hearing you scream for the first time as you were born.  You have grown so much since then and we are loving every second of having you in our family! Here’s what you’ve been up to this month! 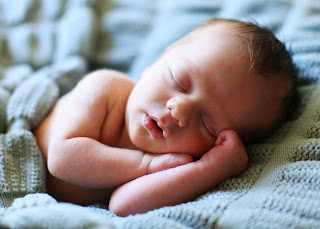 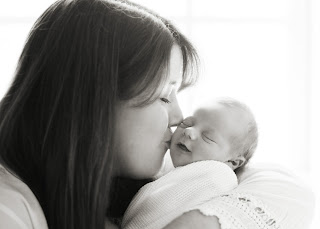 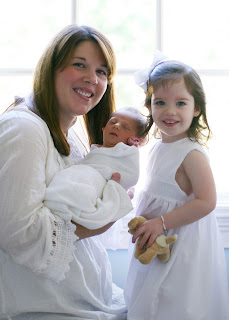 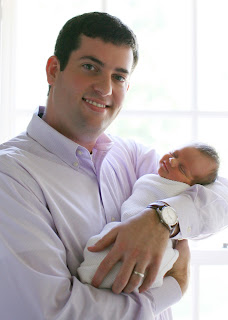 You had your first photo session when Mrs Erin came and did your newborn pictures.  While most newborns sleep through their sessions we had a hard time getting you to fall asleep! I guess you didn’t want to miss a thing!  Don’t worry, your next photo session is coming up next week when we get Christmas card pictures made! You’ll get used to having Mrs Erin take your picture! 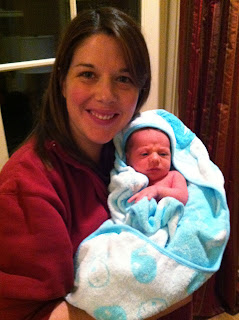 You had your first bath.  You so far are really enjoying them!  We make sure and keep the water warm so that it’s nice and comfy for you. 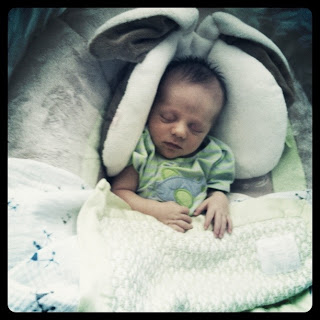 I’ll be honest, you’re still sleeping in your swing at night.  We’ve got you in your pack and play or crib during all your naps during the day, but we haven’t gotten you moved over to the pack and play at night.  You do sleep very well though although you are a LOUD sleeper!  You grunt and sigh and move around so loudly when you’re getting yourself to sleep and when you’re in a light sleep.  Thankfully I’ve gotten used to it but the first week or two it made it hard for me to fall asleep at night!
You had gotten to sleeping in four hour stretches at night but for the last two nights you have slept for a five hour stretch and then a three and a half hour stretch!  It’s been wonderful to only get up once every night.  We’re hoping you continue that trend! 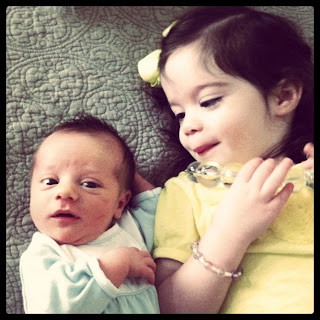 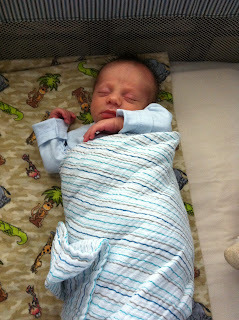 Speaking of sleeping, your favorite position to sleep in is with your arms up in a “touchdown” pose.  Sometimes they stick straight up towards the ceilings at your elbows (don’t your fingers fall asleep?!?!) and sometimes they lay down towards your head.  We swaddle you any time you go to sleep but leave your arms out. 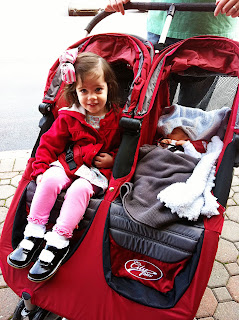 You’ve managed the double stroller nicely as well as the sling when we went to the pumpkin patch.  You slept pretty contentedly in both of them! 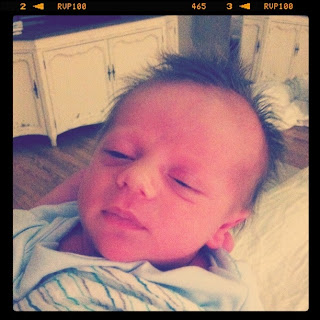 Let’s talk about that hair!  First, it’s super light compared to your Dad’s and sister’s.  I’m guessing that it’s my color but it’s much lighter than mine was at birth so who knows.  We still can’t see your sweet eyebrows but they’re there.  And I noticed this week when I looked really closely at your eyelashes that they’re really long like Daddy’s and Charlotte’s but are also really light in color.  And your hair sticks STRAIGHT UP!  It’s pretty hilarious and oh so cute!  This is what it looks like when we towel you off after your bath. 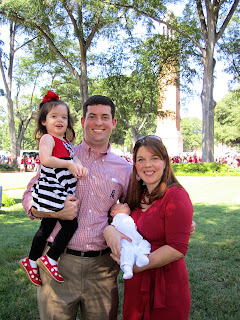 You went to Tuscaloosa for the first time!  At 18 days old you made gameday, although as you can see in this picture you pretty much slept your way through it.  You were a hit at the Mansion but you and I bailed on the game and watched it on tv.  So far you’re undefeated though.  Your sister got a National Championship in her first football season.  We’re hoping that you get one too! 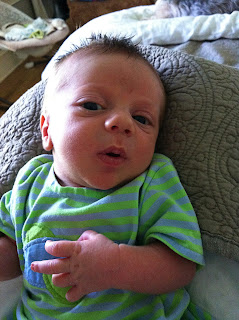 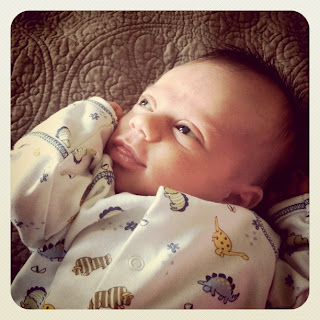 You are much more awake these days and smiling occasionally.  You smile at your activity gym and I am claiming your first on purpose smile at me today two different times! 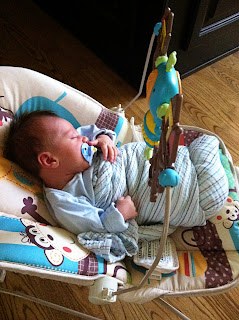 You are kind of ambivalent about your bouncer downstairs.  We bought a cheap one right before you were born so that we could also have one upstairs to put you in when I was doing things for your sister.  However, you much prefer the cheaper version than the one that went with the old swing that we used to have.  It’s very funny to me! 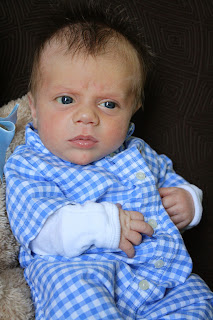 You are a growing little boy!  I weighed you today on our new infant scale and you weighed 7 lbs and 8 ounces.  That means you put on 9 ounces since your two week appointment which is great!  You are still eating great and are still eating eight times a day.  That means we are working between a 2.5 and 3 hour schedule during the day to stretch you at night.  We’re hoping to drop a feeding and keep the stretched nighttime and get it longer in the next week or two.
You are still wearing newborn diapers but we’re going to move to size 1 diapers when we run out of the newborn diapers that we have.  You have outgrown your premie clothes but are still wearing primarily newborn gowns.  However, you are starting to get closer to wearing 0-3 month clothes that are small — the outfit that you’re wearing in these pictures is a 0-3 month outfit.
James, getting to know you this month has been wonderful.  I was worried about being a boys Mom and while I haven’t really had to do much “boy stuff” yet, you are such a joy that I think the adjustment will be wonderful.  We love you so much and are so thankful that God made you a part of our family.  We look forward to watching you grow and pray that you will grow closer to us and closer to God each and every day!
love, Mommy